February goes to both ends of climate spectrum

From heavy snow to record-setting warmth, February had a lot to offer Nebraskans this year. During the first week of the month, a couple of light snow events resulted in several inches of accumulation, mostly for the northern portion of the state. The big story for snowfall, however, was a storm system that traveled west out of the Rockies on Feb. 23 and 24, bringing high winds and snow amounts of more than 10 inches across north central Nebraska. For the month, snowfall totals were 15 to 30 inches across the northern half of the state. This was in sharp contrast to southern tier counties in which only a few inches were received during February.

The percent of normal precipitation was only 5 percent to 10 percent in the far south and gradually increased moving northward across the state. Conditions were near normal across central and northeast Nebraska and the strongest positive departures were in the areas where the heaviest snows were received – the north central and northern panhandle.

The other big weather story was the record warmth occurring at mid-month. Temperatures soared all across Nebraska and many daily temperature records were broken between Feb. 9 and Feb. 23. These records include both highest daytime highs as well as highest nighttime lows. A handful of 80 degree temperatures were even reported, with the highest being 83 degrees on Feb. 22 in Beaver City, Nebraska, in the south central part of the state. The streak of warmth was most significant from Feb. 15 to 22, and ended abruptly with the storm system and a return to winter.

Temperatures for the month overall showed warmth statewide with average values at or near 40 degrees in the southeast to low 30s in the north. In comparison to normal, the strongest departures of 9 degrees or more were in the southeast and were least in the northwest where the departures were less than 3 degrees. Much of the U.S. was warmer than normal for February, with the strongest warmth just east of Nebraska in the Midwest and areas southward.

Soil temperatures across Nebraska at the four-inch depth under bare soil showed similar warmth. With the record heat at mid-month, areas of grass began turning green, spring flowers began to emerge, and weeds were reported in agricultural fields. Readings into the 30s in the north and 40s in the south were observed by month’s end – quite warm for wintertime conditions.

At the start of the February, drought (D0 – D1) conditions covered 44.7 percent of the state. As a result of precipitation received during the month, some alleviation occurred in the west with a trimming of D0 by month’s end. Nebraska started March with 33.7 percent of the state in drought. The current D0 and D1 areas remain in the northern panhandle, southwest and southcentral portions of the state. Drought conditions are expected to persist into the spring for the southwest portion of the state. A small area of alleviation is projected for a pocket of south-central Nebraska.

Looking to the remainder of March, NOAA’s Climate Prediction Center has an increased chance for above-normal temperatures across the state. Climatologically, our normal for March in Nebraska is for highs from the mid-40s in the north to mid-50s in the south with lows in the low 20s in the north and high 20s in the south. The increased probability for warmth continues into March, April and May for Nebraska and a large swath of the contiguous U.S.

Precipitation outlooks for the middle to end of March does not show a strong indication for wet or dry for much of the state, except for the northern panhandle with an increased chance for wetter-than-normal conditions. For spring conditions, there is increased probability for wetter-than-normal conditions to the north and Nebraska lies on the southern fringe of this area. The state as a whole remains in the equal chances category. 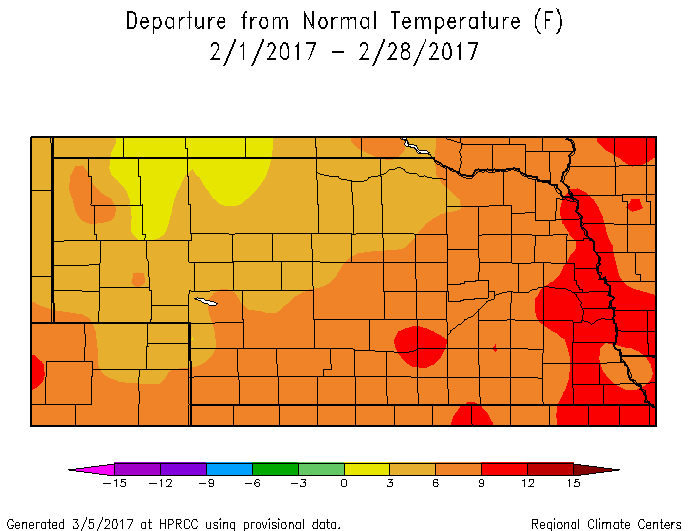 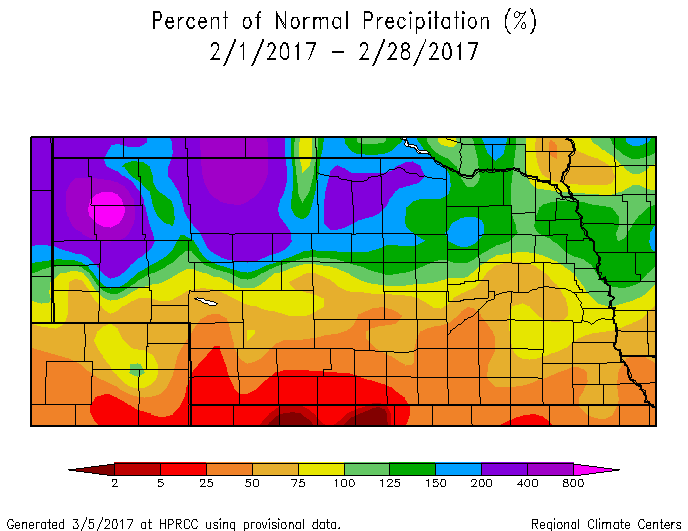 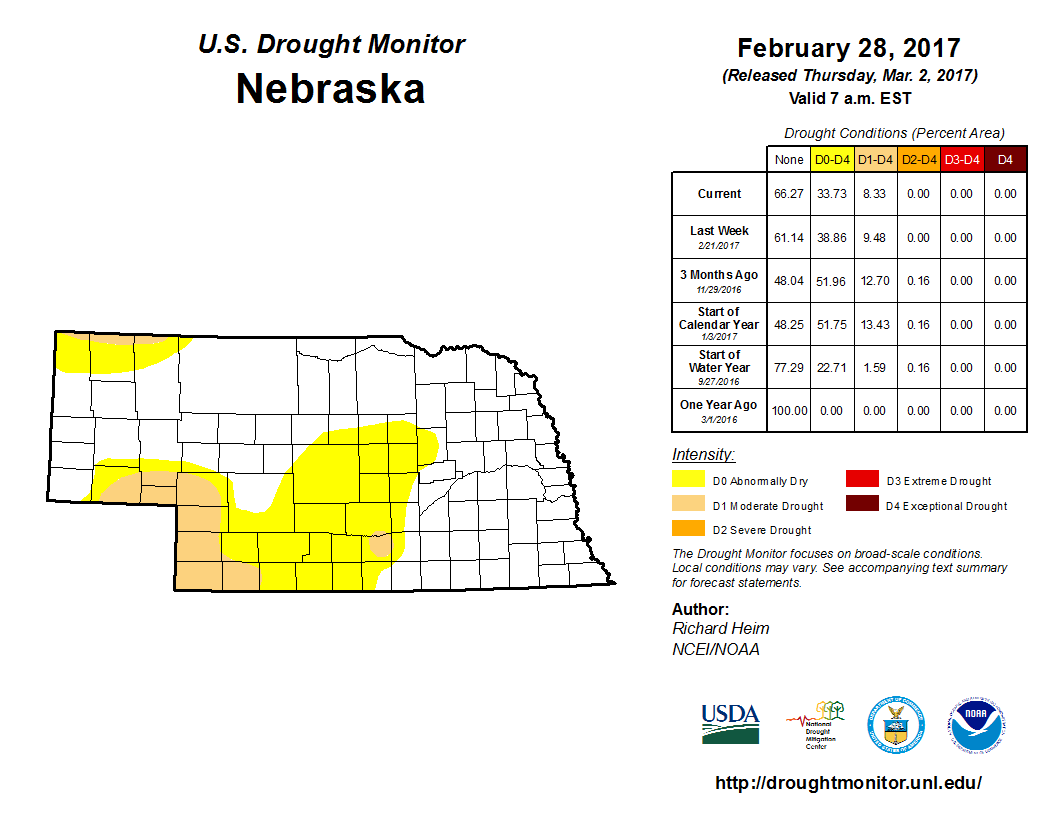 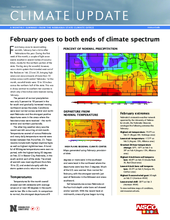