A Dry and Cool April 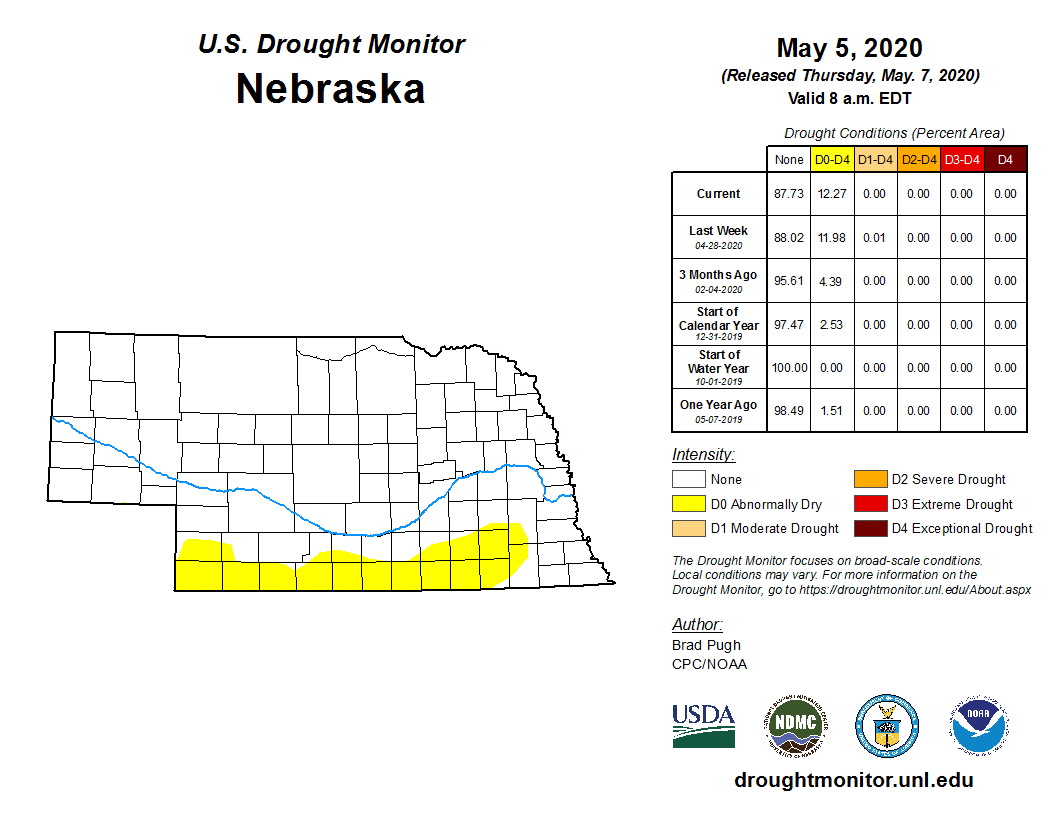 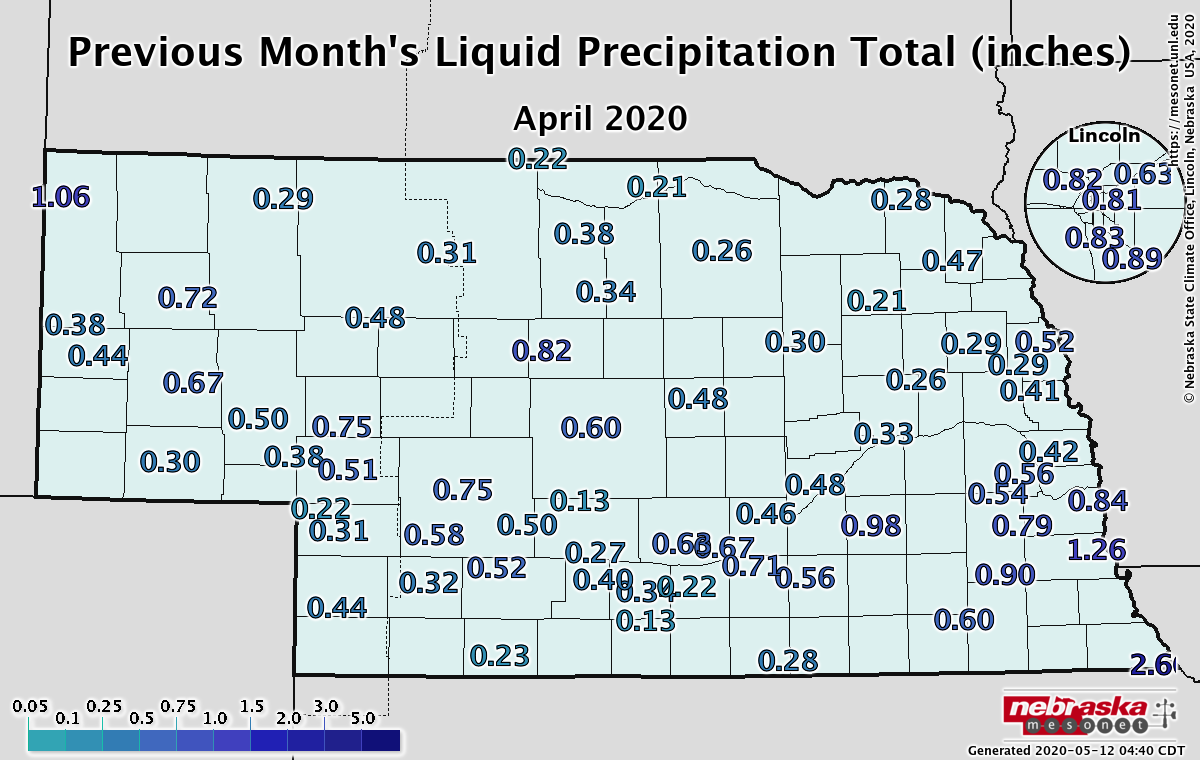 Nebraska had its sixth-driest April since modern record-keeping began (1895). The statewide monthly average of 0.71 inches was nearly an inch-and-a-quarter less than normal. The streak of dryness helped prompt U.S. Drought Monitor authors to expand abnormal dryness into a large swath of southern Nebraska counties. Temperatures ran relatively cool, particularly for nighttime lows, which averaged 30.5 degrees Fahrenheit and ranks as 12th coldest on record. Some significant snowfall amounts fell during the month but were short-lived.

April was punctuated by a few snowstorms leaving short-lived fingerprints on the spring landscape. Bushnell came in with nearly a 14-inch total for the month. Relatively heavy swaths occurred in the southwest, northeast, and around the Platte River in the eastern half of the state. Omaha (5 inches on April 16), Lincoln (4 inches on April 16) and Grand Island (3.8 inches on April 17) all had record daily snowfalls.

Aside from the far southeast corner, rainfall was scant this month in Nebraska. Total precipitation (liquid plus snow water equivalent) in the southeast was about 2 inches, with Auburn coming in at 2.65 inches, the highest statewide. Elsewhere, totals were generally in the half inch to inch range, with lesser amounts in northern and far southern areas. Statewide average precipitation was sixth lowest on record (0.71 inches).

April was split into three distinct periods that had major impacts on agricultural operations during the month. The month opened up warm and dry, only to see record cold, snow, high winds, and generally miserable conditions during the middle third of the month. Welcome warmth and below normal moisture the final third of the month resulted in widespread planting of summer crops.

The dry conditions at the beginning of the month allowed producers to begin planting oats and start field preparation work. It was a welcome respite for cattle producers during the heart of calving season. Field activity came to a grinding halt with the outbreak of cold air and snow events, but the moisture that fell with the snow should have benefited producers in eastern and parts of southern Nebraska who were indicating that dry surface conditions were inhibiting herbicide applications. Most of this moisture missed south central and southwest Nebraska and producers were reporting that they were having to plant deeper to reach adequate moisture for germination.

The warm and drier than normal conditions the final third of the month promoted rapid planting, as precipitation events that did occur were insufficient to cause significant planting delays. The last crop report release during April from the Nebraska Agricultural Statistical Service (NASS) indicated 20% of the corn had been planted as of April 26, ahead of last year’s pace of 12% and the five-year average of 16%. Soybean planting stood at 8% completed, four times the five-year average. With the warm and dry conditions experienced the final four days of the month, it is entirely possible that over half of the corn acreage could be planted by the time NASS releases its first May planting progress statistics. The exception was across parts of central and north central Nebraska, where high water tables from excessive moisture the past three years were preventing producers from planting. If prevent planting options are taken this year in Nebraska, this area of the state will likely be epicenter of problems this spring. 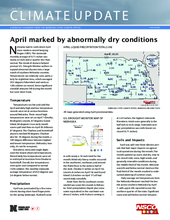