Growing season officially over for Nebraska

On Oct. 28, 2017, the last of Nebraska's weather stations recorded a hard freeze of 28 F, effectively bringing the state's growing season to an end.

Probability data was supplied by the National Center for Environmental Information, a division of the National Oceanic and Atmospheric Administration. 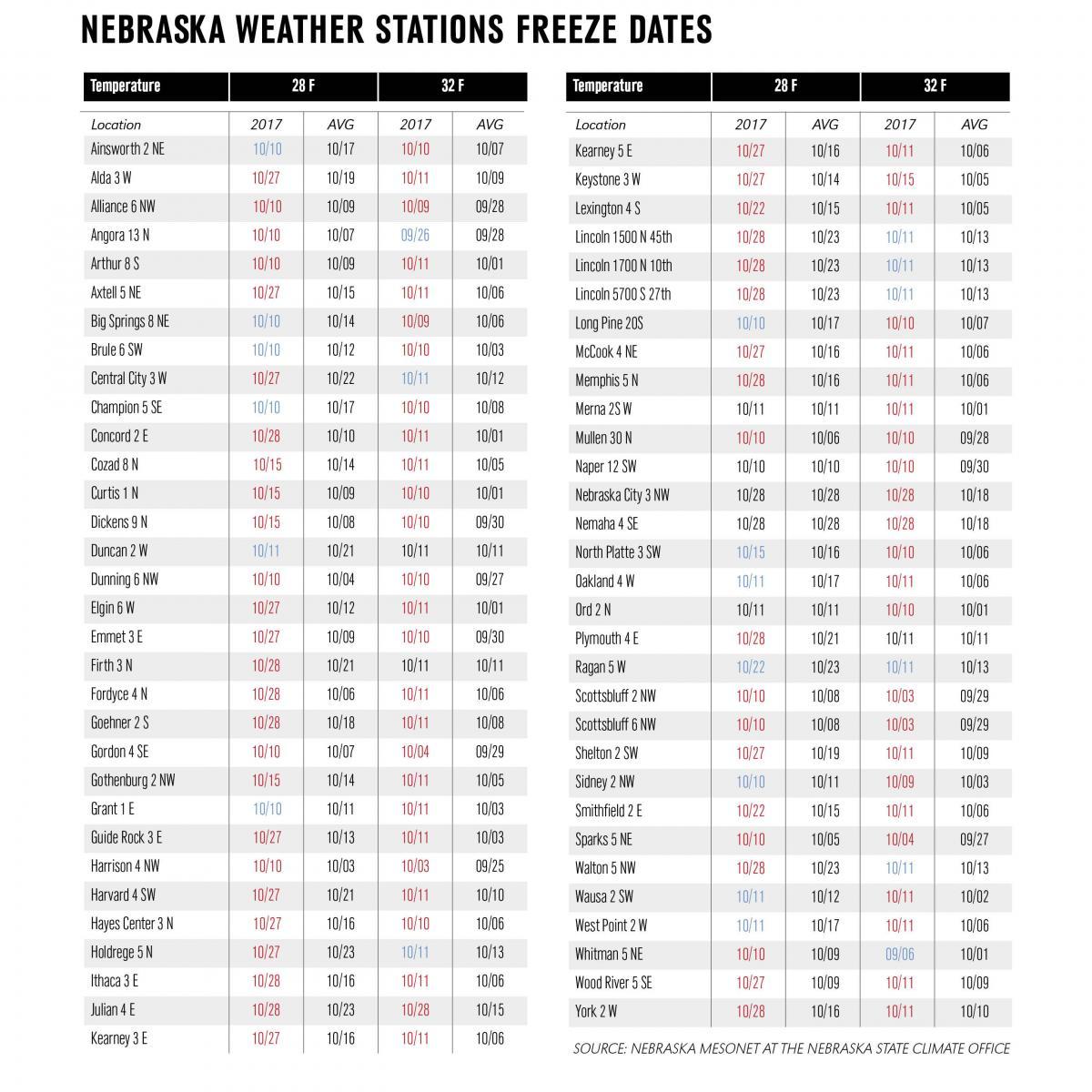