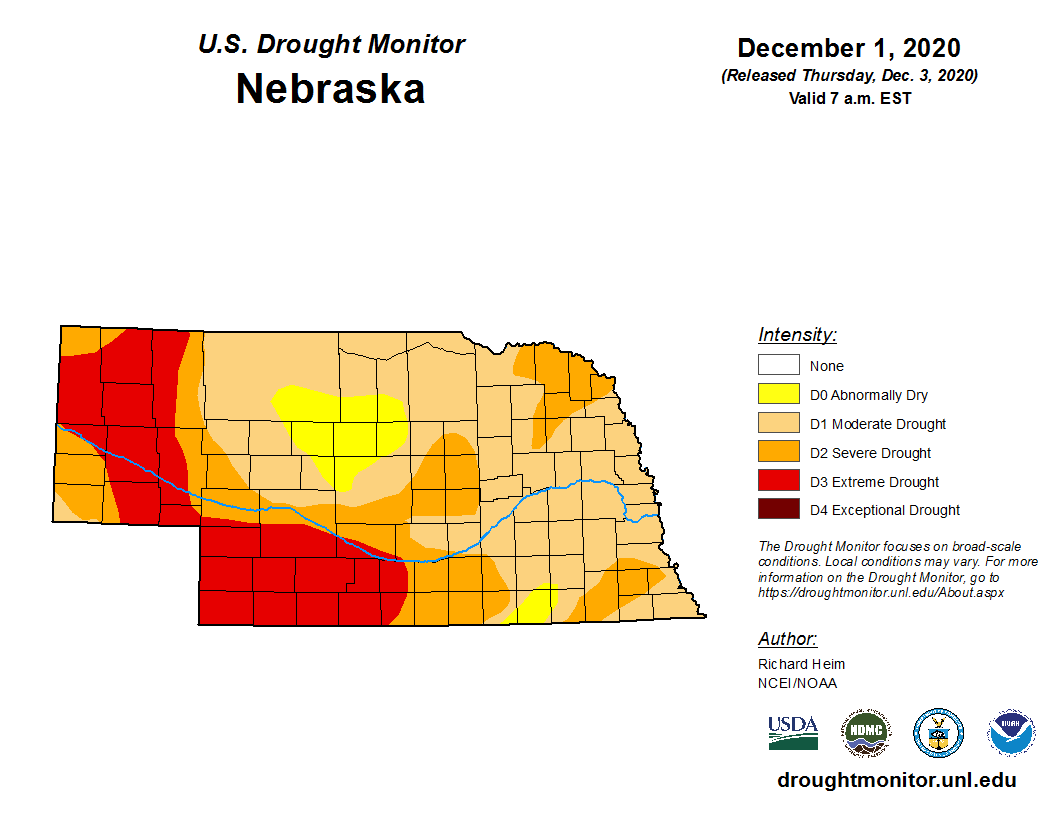 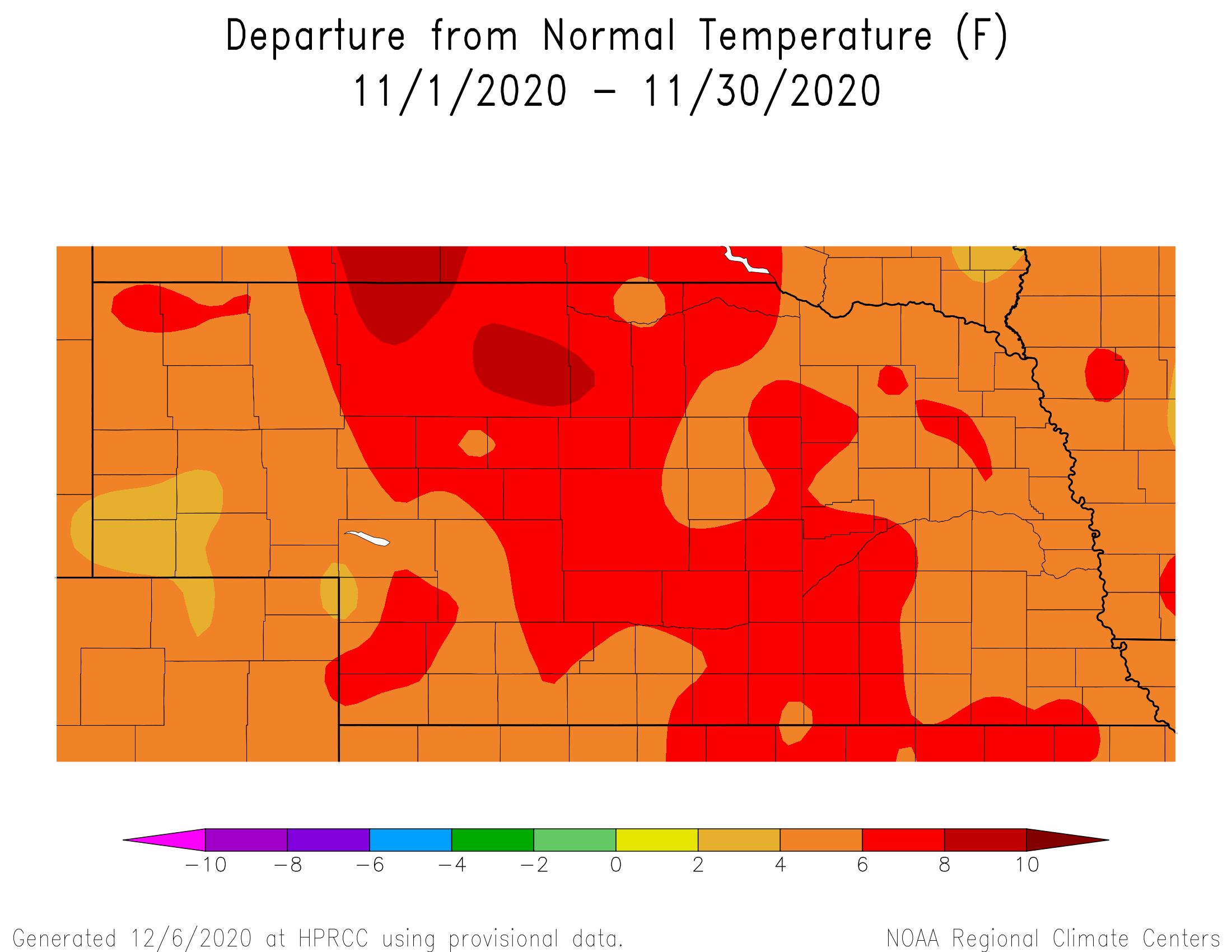 There were nearly too many daily temperature records to count in what was the 5th warmest November (since 1895). For about a dozen locations across Nebraska, 30 daily records for both daytime highs and nighttime lows were tied or broken. Dry conditions prevailed for the most part with scant amounts in portions of the Panhandle and southwest. With lack of appreciable moisture and warm weather, drought conditions degraded for areas around the state however there were slight improvements in the east (which still remains in moderate to severe drought). 93% of Nebraska is currently in moderate or worse drought. Harvest is complete statewide and soil temperatures are at or nearing freezing on a weekly average. The climate outlook for December puts us in an increased chance for warm and dry weather overall.

For much of Nebraska, November brought more of the same with dry conditions. The highest amounts of more than an inch occurred in the east. The southeast saw a rare few locations around the three-inch mark. Monthly totals decreased toward the west (as is typical, of course) with half inch typical in central Nebraska and a third an inch or less for the Panhandle. The Nebraska Mesonet station near Indianola reported a mere 0.05 inch. The statewide monthly average of 0.76 inches is nearly a tenth of an inch below normal. Incidentally, we have seen a drying trend since 1990 here in the state.

For the past 30 years (since 1990), Novembers in Nebraska have warmed by nearly 4°F. This November certainly continued on that warming trajectory. The average monthly temperature of 42.7°F was nearly 7 degrees above average and ranks as 5th warmest since 1895. Most notable were the amount of record high and low temperatures reported. All across Nebraska, record highs (80s) and lows (mid 50s) occurred early in the month (3rd – 7th). The high of 81°F at the Scottsbluff airport on the 5th marks a new all-time high temperature here for November. The low of 57°F on the 7th was well above average and easily is the new record for this date at Hastings. The statewide high for the month was 87°F at North Platte. We didn’t escape the cold weather, however as a handful of locations had temperatures below zero with Curtis reaching -4°F.

Harvest activity of warm season crops wrapped up early in the month according to Nebraska Agricultural Statistics Service (NASS). This harvest proceeded at the fastest pace since 2012 with only 2 major storm systems delaying harvest activity. The first was in early September at the beginning of harvest and the second was the third week of October when less than 25% of the crops remained unharvested. Warm and dry conditions during November continued to stress newly emerged wheat due to the lack of root zone moisture across western Nebraska. Cover crops finally emerged on dryland acres and the warm temperatures during November helped promote some growth, but far short of what would be expected if soil moisture during October would have supported stand emergence. At the end of November, NASS indicated that 65% of topsoil (top one foot) and 71% of subsoil moisture (below one foot) was short to very short. Forty-five percent of the pastures across the state were rated poor to very poor, while 26% of the wheat acreage was given the same rating by NASS. With winter precipitation normally representing about 7% of our annual total, major improvement in these conditions will not likely occur before the end of this winter. 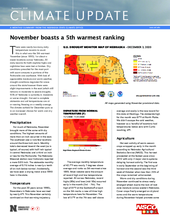